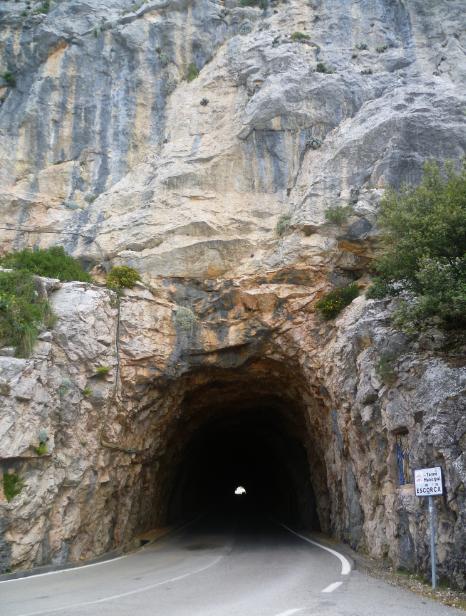 For our final day in Majorca we planned to explore the north coast, travelling along from Puerto Pollensa to the more upmarket towns of Soller and Deia in the hills. Along this route is the Serra de Tramutano, a huge mountain range which looms large over the many towns on the north coast.

Puerto Pollensa is another town which caters heavily for tourists, with a pleasant seafront lined with shops and restaurants not unlike the other towns scattered along the east coast. It is a charming place with smaller sections of beach than the likes of Alcudia and Palma Nova. However, it is slightly less ‘in your face’ than those places and amongst the many small sections of beach you’ll find sand sculptors creating huge castles and beasts in the sand.

From Puerto Pollensa it is worth renting a car to take to the road into the Serra de Tramutano, a winding back and forth which affords top class views and some great driving challenges if you like a bit of time on the circuit! The road curves through pretty towns like Lluc and Fornalutx along the way and has numerous stopping areas to enjoy the views. Eventually it will lead you to Soller, a fantastic little town tucked away in the mountains. With a great town square, a large Gothic church and the occasional sound of the tram tooting through on its way from the port to Palma, it’s an easy place to sit with a coffee and watch the world go by. If you fancy some time by the sea then it’s only a short way to the port where glamorous boats and restaurants provide the foreground for the towering mountains.

The road from Soller then leads you up towards the towns of Deia and Valdemossa which are hidden away up in the hills. If possible the road gets even tighter and windier at this stage, and you need to concentrate hard to not be sucked in by the marvellous views around every turn. Deia is home to a hotel formally owned by Richard Branson, La Residencia, which might prove a step too far for those on a backpacking budget, but there are plenty of other bars and cafes to stop off at and enjoy the surroundings.

Along this route you can really take your pick of the towns you stop in and spend your time. The enjoyment is really in the journey and fantastic scenery which surrounds you. And whilst they cater to the higher end of the market, there are still budget accommodation options where you can stay for a night. And, if all else fails, it is only a short ride (by tram if you like!) back to Palma where there are even more options available. One thing’s for sure, whatever your budget, this isn’t a part of Majorca you want to miss out on. 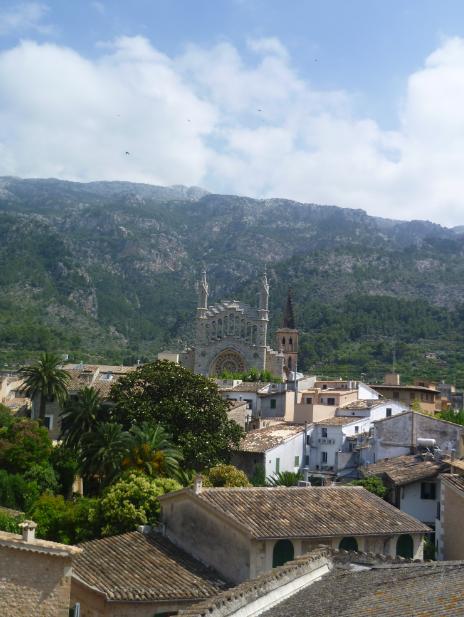